What is the relationship between RAID and HBA?

Due to its convenience and cost-effectiveness, RAID is a very common data storage virtualization technology that enterprises adopted in data center. RAID provides a degree of protection for stored data and may also help to improve computing performance by accelerating access to stored data.

What kind of RAID’s implementation doesn’t need any HBA? Are all HBA worked for RAID? Where dose the RAID process happen? What is the relationship between RAID and HBA and Host? In this article you will find an answer. 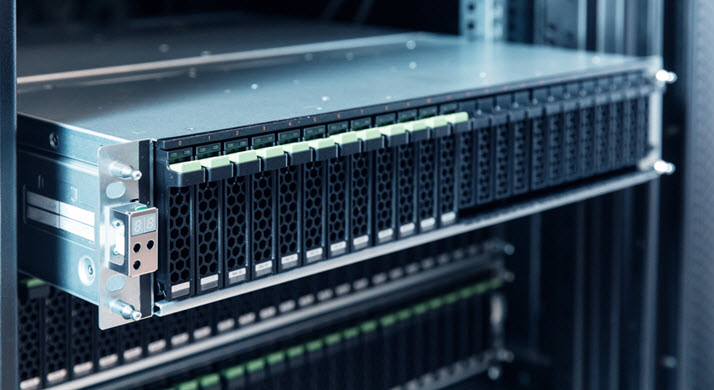 The Implementations of RAID

Software RAID can be implemented in a variety of ways: 1) as a pure software solution, or 2) as a hybrid solution that includes some hardware designed to increase performance and reduce system CPU overhead.

In this case, the RAID implementation is an application running on the host without any additional hardware. This type of software RAID uses hard disk drives which are attached to the

computer system via a built-in I/O interface or a processor-less host bus adapter (HBA). The RAID becomes active as soon as the operating system has loaded the RAID driver software.

This kind of software RAID helps to overcome some of the weaknesses of RAID. Such solutions usually come with additional hardware (e.g. an HBA with a RAID BIOS or just a RAID BIOS integrated onto the motherboard). The additional BIOS makes the RAID functionality available when the system is switched on, providing redundancy during boot that reduces the impact of medium errors on RAID which otherwise could lead to data corruption or an inoperable system.

A separate RAID HBA card is a sign in this kind of form of RAID implementation. Because all RAID processing hanppens on the chipset of RAID HBA card rather than the operating system of host. Logical disks are configured and mirrored outside of the system. The RAID HBA card acts as an independent small computer system dedicated to the RAID application, offloading this task from the host system. The RAID HBA card fully offloads the task of creating a redundant storage subsystem from the computer system and does not impact the performance of the rest of the system, even in the case of a drive failure.

More complex and space-efficient RAID levels (like RAID 5 or RAID 6) can be used without any impact on the system. The most difference from the software RAID is that the additional I/O interfaces on the RAID HBA card usually allow for greater system expandability (adding more hard disk drives and more capacity). Even multiple RAID arrays do not impact the performance of the host system. These can easily be migrated to another operating system or even another host system or platform. 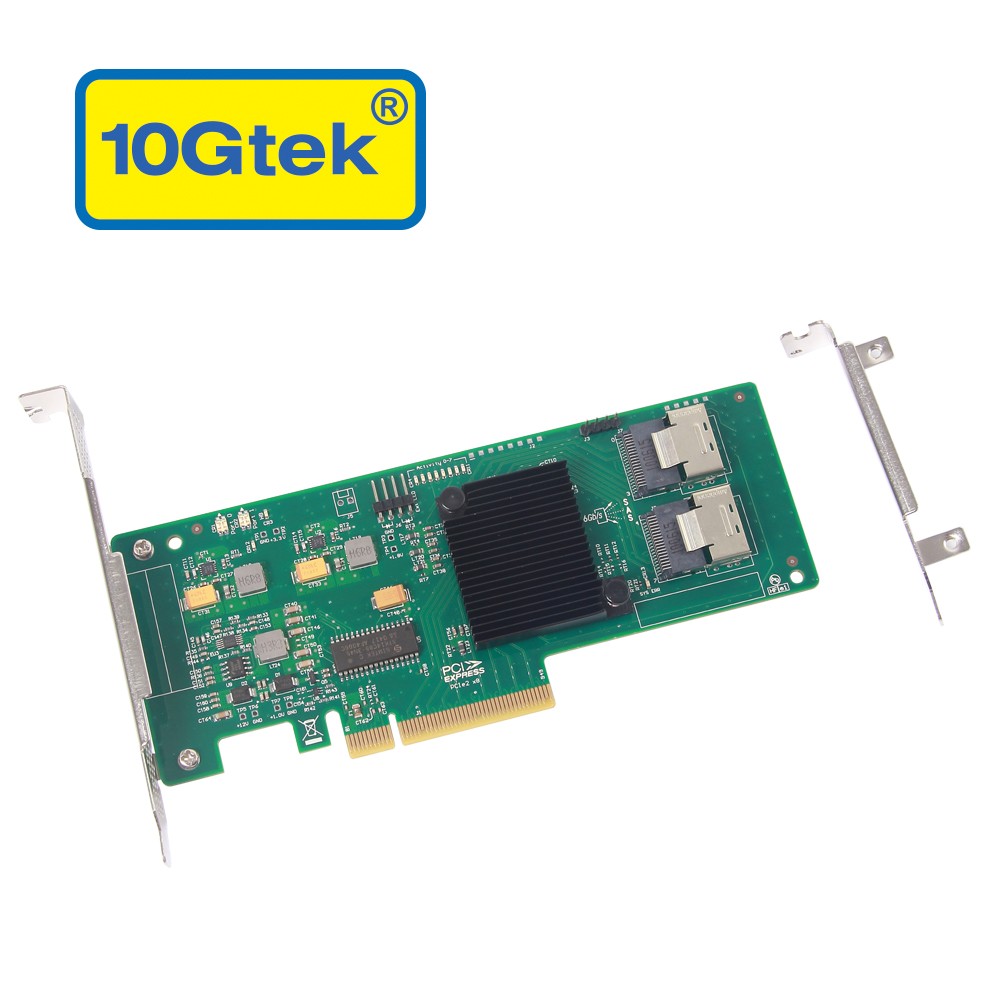 This is a 6Gb/s HBA/RAID Controller Card by 10Gtek, which uses LSI SAS 2008 controller chip. It is compatible for LSI 9211-8i. This HBA can be used as a RAID Controller card.It has strong expand capacity, so that it supports even higher RAID levels(RAID 0, RAID 1, RAID 10, and RAID 1E).

Besides a discrete RAID Controller Card(HBA), the hardware RAID can be implemented as integrated hardware based on RAID-on-Chip technology. If the RAID processor, memory controller, host interface, I/O interfaces for hard disk drive connection, and sometimes even the memory, are all integrated into one single chip, this solution can be called RAID-on-Chip technology. This chip can be integrated into the motherboard and offers hardware RAID capabilities with reduced cost (as just one, highly integrated ASIC, is needed). The ROC replaces the I/O interface chip you find on many server motherboards (e.g. a SCSI controller chip). That means that the ROC solution integrates more than just the connectivity for the hard disk drives.

So we can come to the conclusion: In the pure model of software RAID implementation, a processor-less HBA is needed. But the RAID’s function and processing is not matter with HBA. The processor-less HBA is a simple adapter card. As for hybrid model of software RAID implementation, if the motherboard doesn’t integrate a RAID BIOS, it needs a HBA with a RAID BIOS.

The HBA used in the hardware implementation of RAID is the very HBA we often see on the market. It is integrated with a RAID chip which make make RAID process.

10Gtek designs, manufactures and sells optical communication products, including Fiber Optic Transceiver, DAC, AOC Cables and so on. 10Gtek takes great pride in its compliance with global industry standards and environmental compliance, such as UL, CSA, ISO14001, RoHS, ect. If you want to know more about our innovative product: the QSFP28 to QSFP28 cage, please no hesitate to contact us by E-mail : info@10gtek.com or visit our official website: www.10gtek.com and one-stop online shop: www.sfpcables.com to explore more details.

Previous: Why do we need QSFP to Mini SAS and Mini SAS HD cables?
Next: 10Gtek in Supercomputing19