HDMI optical cables have been an effective alternative to HDMI copper cables for a few years. However, what exactly is the difference between them? One thing hard to ignore is the difference of material under the coating, in which there is fiber for HDMI optical cable and copper for HDMI copper cable. Taking reference from the DAC and AOC, there are facts such as the transmission of fiber is faster and the signals on fiber are more reliable. 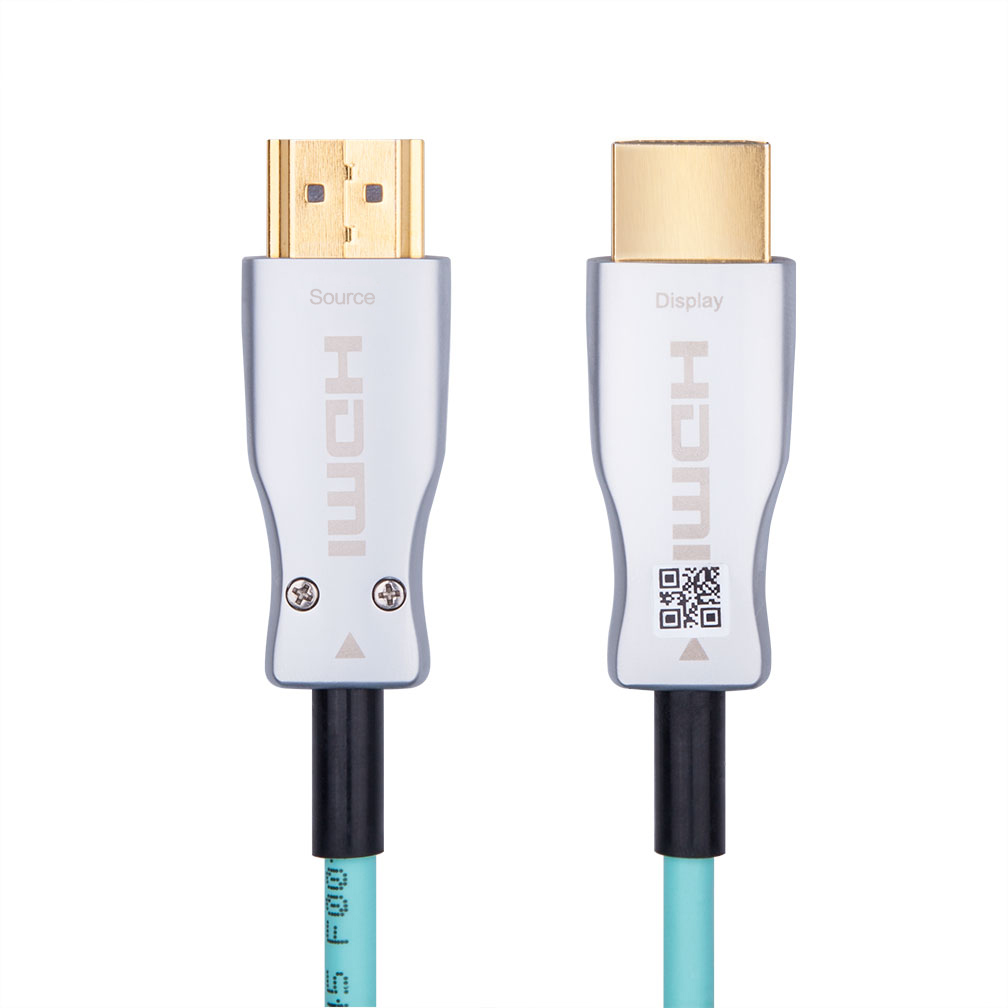 In order to better comprehend the HDMI optical cable, the meaning of HDMI is the first thing we should get to know. HDMI stands for High Definition Multimedia Interface, featuring the extraordinary capability of signal transmission. For example, the latest specification HDMI 2.0, which was released in 2015, supports a maximum bandwidth of 18 Gb/s. HDMI interface has become a mainstream solution for transmitting uncompressed video data and compressed or uncompressed digital audio data from an HDMI-compliant source device such as a display controller, to a compatible computer monitor, video projector, digital television, or digital audio device. HDMI is a digital replacement for analog video standards. As the data amount is increasing day by day, a new demand for larger and faster data transmission has shown up, which means the copper cables are far away from satisfaction. Therefore, companies with vision, like 10Gtek, has released its HDMI AOC (active optical cable) series products in a bid to win the market. 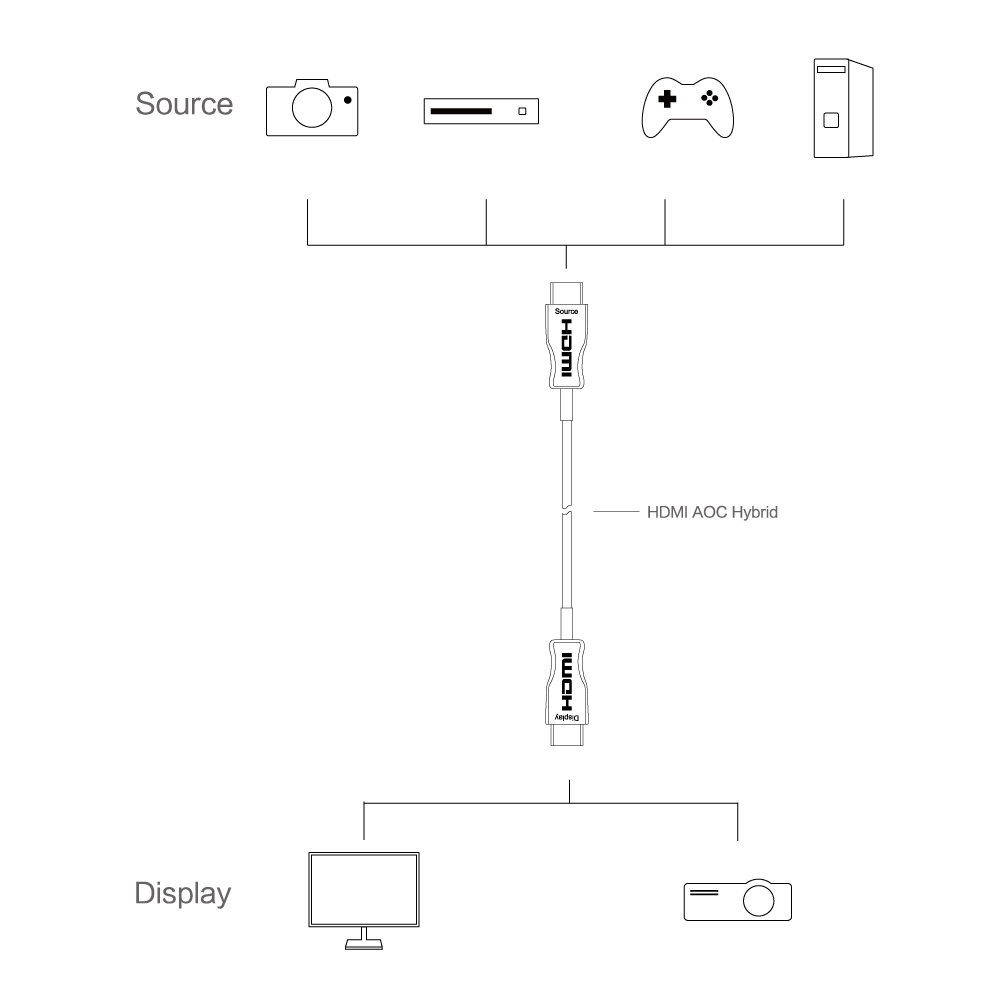 As what 10Gtek has expected, fiber has landed in the area of HDMI. HDMI AOC system is very similar to the HDMI metal wire system. The basic difference is that fiber optics uses light to transmit data; whereas metal wires do not. It sends the data down the fiber lines instead of using electronic pulses for transmitting data like in the metal wires. By taking outstanding advantages of fiber, HDMI AOC is able to transmit to a long distance of over 100 meters and supports up to 18 Gb/s so far. Moreover, there is no EMI (Electromagnetic Interference) could impact on HDMI AOC. Actually, for those who value the quality of the signal, HDMI AOC guarantees there is no signal would possibly lose and signal can be transmitted without being compressed. 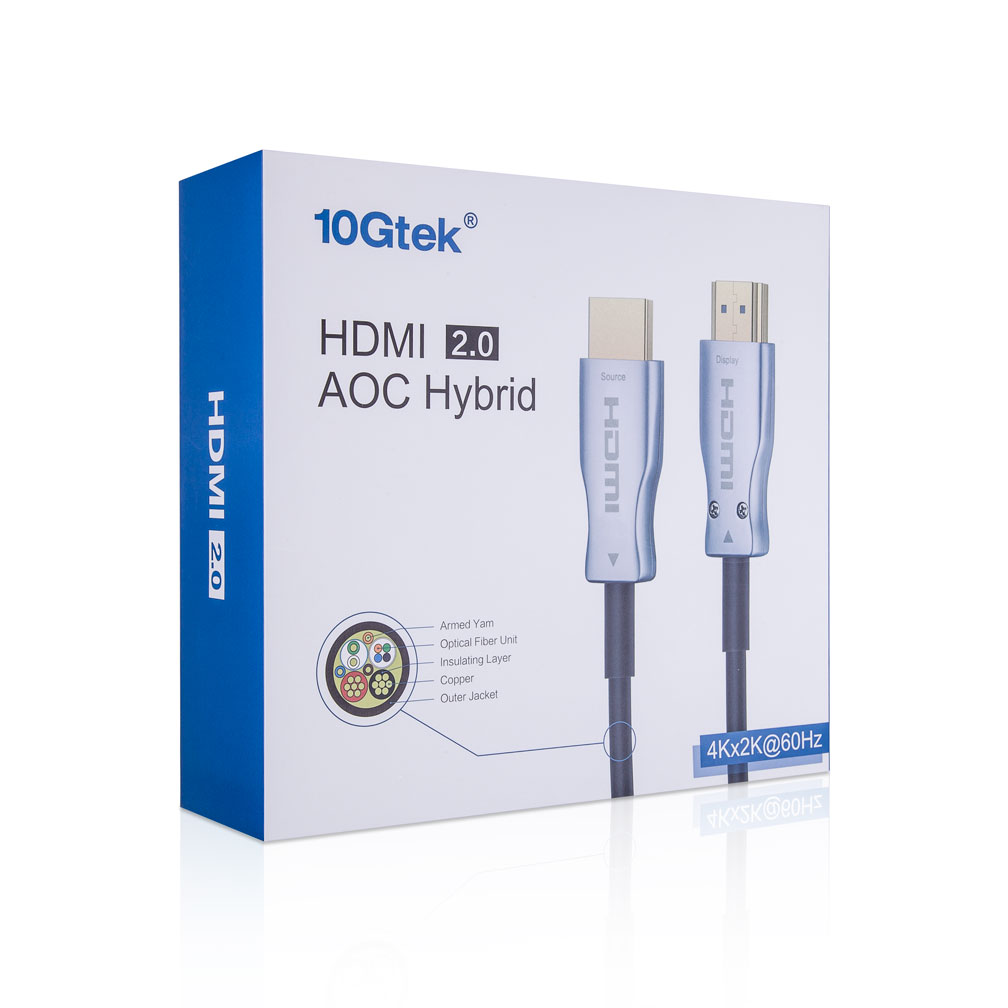 10Gtek provides HDMI AOC and HDMI Hybrid AOC by now. The materials inside the HDMI Hybrid AOC are mainly copper wire and fiber optics, in which the copper wire allows electricity to go through the cable and powering the HDMI Hybrid AOC. Meanwhile, the Hybrid AOC is thicker than the HDMI AOC because of containing copper inside, whereas the HDMI AOC of 10Gtek only contains fiber optics as its core. HDMI optical cable is particularly used in connection for screen display application of infrastructures such as the airport, railway station, metro station, etc. SFPcables.com is free for you to visit if you would like to know more about HDMI optical cable.

Previous: What’s the Difference of 10GBASE-T Module and SFP+ DAC Cable?
Next: Differences between HDMI Matrix, Switch, and Splitter